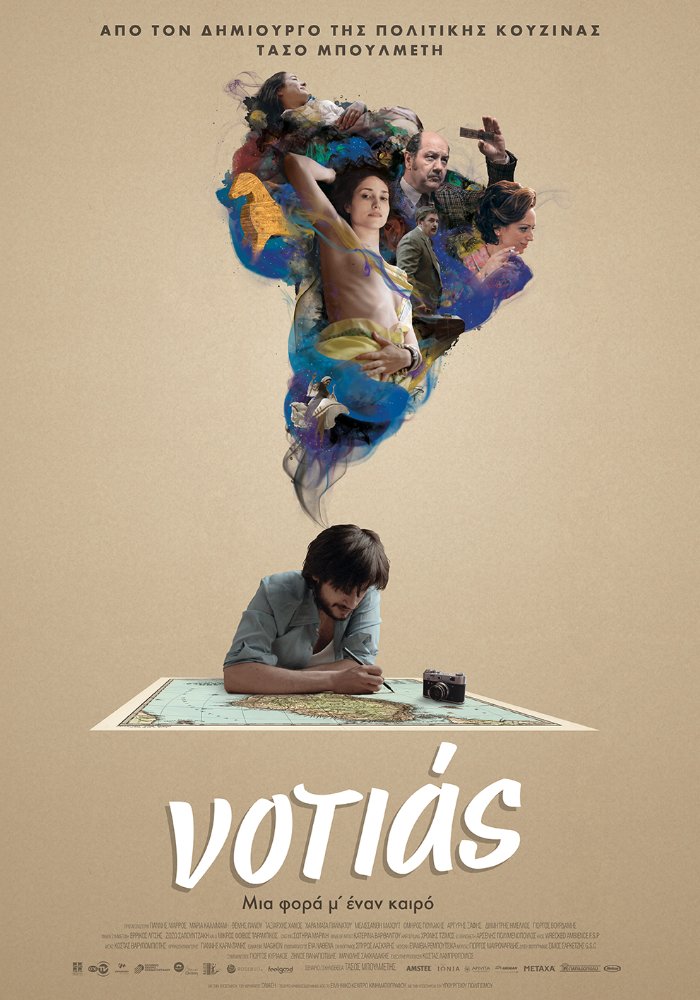 I saw the Greek film “Notias” (Southern Wind, also called Mythopathy) a few weeks ago at the European Film festival in Chicago, by Tassos Boulmetis, the same director as ‘“A Touch of Spice” (Politiki Kouzina).  I was charmed by this movie. It is imaginative, funny, and historical as it blends history and myths with day to day events as only the Greeks can do. ‘Once upon a time’…. as the tagline begins. The main character weaves in the Greek myths he knows to the life he is living, and we see him grow up from boyhood to be photographer. You can read other more thorough reviews of this movie elsewhere on the internet, but what particularly appealed to me was the analogy reoccurring through the film of the choice of photographic lens and the different symbolic meanings it can have.  During the political events, he is reminded that Godard said that the camera’s position is a question of morality.  He is also told, ‘Don’t forget that the wide angle is the bourgeoisie’s favorite lens.”  He is mentored by a family friend who explains that a wide lens is when we are young and we see the world wide open and want to take it all in.   Later, we might change lenses when we want to focus in a bit more. When he receives a telephoto lens he is told its a dangerous lens – “it shows things you can’t see with a naked eye yet.  Unseen truths.”  The film encompasses much more than this small little nod to the main character’s role as a photographer, but I took note of it.

This site uses Akismet to reduce spam. Learn how your comment data is processed.